The Best Islands in Croatia

Dalmatia was made for island-hopping, visiting its popular gems and hidden treasures while soaking up the Mediterranean sun from a comfy lounger on the deck of an elegant ship surrounded by the clear blue sea in between. From the country’s popular destinations to stunning isles you’ve probably never heard about, these are truly the best to visit on Croatia small ship cruises. 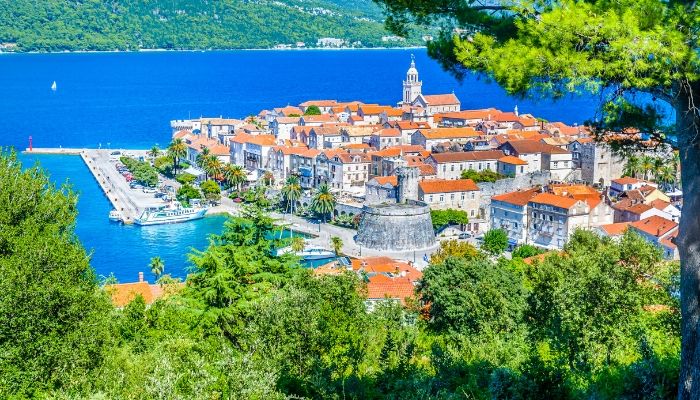 Mljet Island is renowned for lush, green landscapes as one of Croatia’s most “Eden-like” destinations. A true paradise, it boasts dazzling emerald-hued saltwater lakes, dense forest and impressive historic sites like the ruins of a 12th-century Benedictine monastery that sits atop an tiny island in Veliko Jezero, or Large Lake. Nature lovers can also enjoy kayaking, swimming, hiking and biking, with rentals available in Mljet Island National Park.

When the ancient Greeks landed on this island, they were said to be so struck by its dark, dense forests that they named it Korkyra Melaina, or Black Korcula. It’s most famous for being the alleged birthplace of international explorer Marco Polo, and for its fortified old town complete with ramparts and towers, and winding marble streets that are filled with Venetian influences. This storybook village is often referred to as a mini-Dubrovnik, with its elaborately carved Gothic windows, dreamy courtyards, romantic balconies and a winged lion that greets visitors at the entrance. 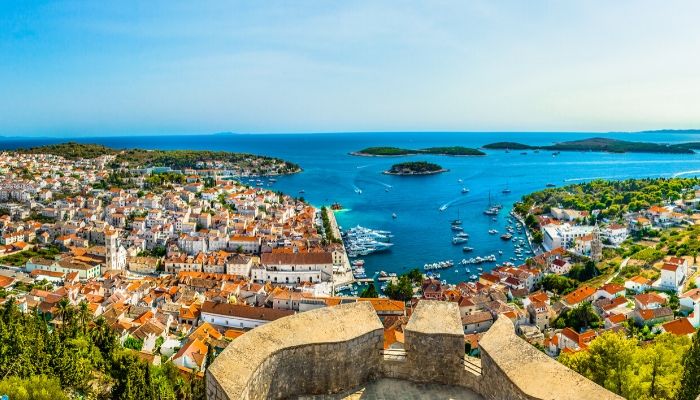 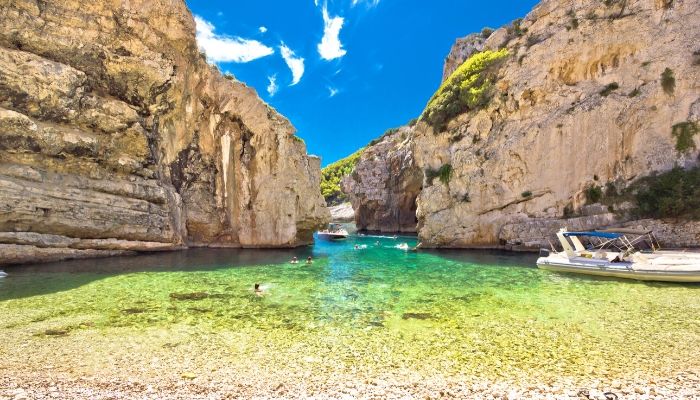 Many people are at least familiar with Hvar, which often appears in the headlines as it draws many celebrities and VIPs to enjoy its lively and glamorous nightlife scene along with world-class dining. The longest and sunniest island in the Adriatic, the best Croatia cruises make a stop here with one of the first sights its superyacht-filled harbor. But it offers a lot more than lively clubs and upscale restaurants. Hvar Town has a rich history that includes Europe’s oldest public theater which opened its doors in 1612, 13th-century walls, a hilltop fortress and a main square that’s anchored by the Renaissance Hvar Cathedral. Outside of the historic center are gorgeous beaches framed by aquamarine waters, aromatic lavender fields and picturesque vineyards.

While the word has gotten out about Vis, at least somewhat after being spotlighted in the hit film “Mamma Mia,” it’s still managed to provide one of the most authentic Croatian island experiences, often noted as the “Mediterranean as it once was.” That’s because it was hidden away from the public for 40 years, formerly used as a military base. Discover the irresistible charms of the furthest inhabited island off the mainland, with its unspoiled, laid-back atmosphere that’s still largely undeveloped by tourism. Enjoy the majestic traditional architecture as you stroll the stone streets and take in the view along the waterfront, stopping to unwind on one of the idyllic beaches. With some of the most exclusive Croatian wines produced here, including Vugava and Plavac, you may want to sample some while enjoying fresh air and scenery. 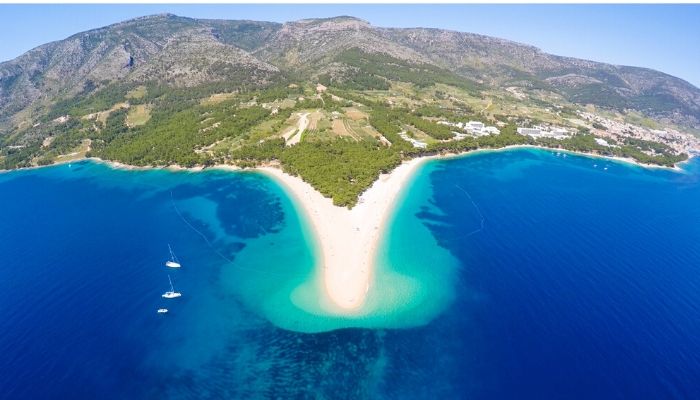 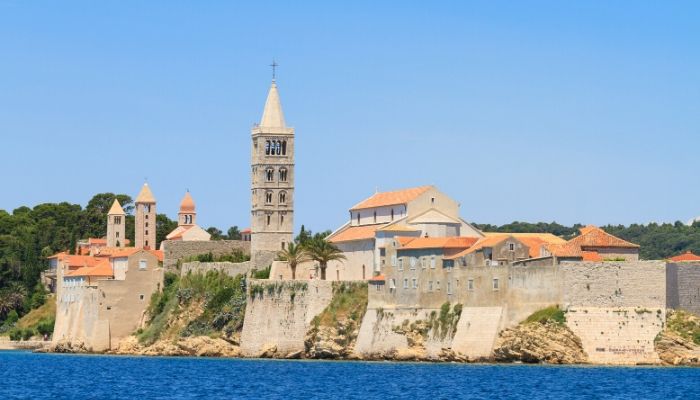 Brac Island is known for its stone quarries, some of which were reportedly used to build the White House in Washington DC and ancient Roman palaces, mined since ancient Greek and Roman times. But it may best be known for Zlatni Rat Beach, also called the Golden Horn or Golden Cape, which is frequently named the very best beach in Croatia and among Europe’s most stunning stretches. It has a unique and ever-changing shape that juts about a third of a mile into the crystal-clear aquamarine sea, with many Croatia cruises stopping here to allow guests to hop in for a swim of a lifetime.

The Romans christened the island of Rab, “Felix Arba,” which translates to Happy Rab. Filled with medieval charms, many called it the island of love, with countless romantic spots, including cobblestone alleyways that are lit with flickering candles after dark. The stone streets are lined with impressive palaces, Romanesque towers and pretty churches just add to the appeal. This is also one of the greenest islands in the Adriatic, while its northern coast is laced with secluded sandy coves that call for refreshing dips. A must-do here is to sample the signature almond cake, unique to Rab, called Rapska torta. First served in 1177 to Pope Alexander III, the recipe is a well-kept secret. 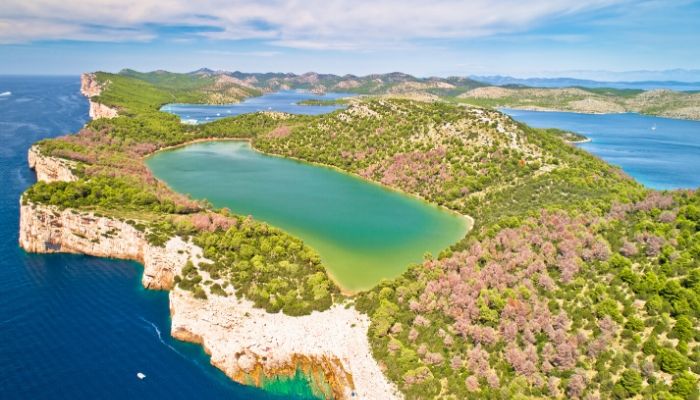 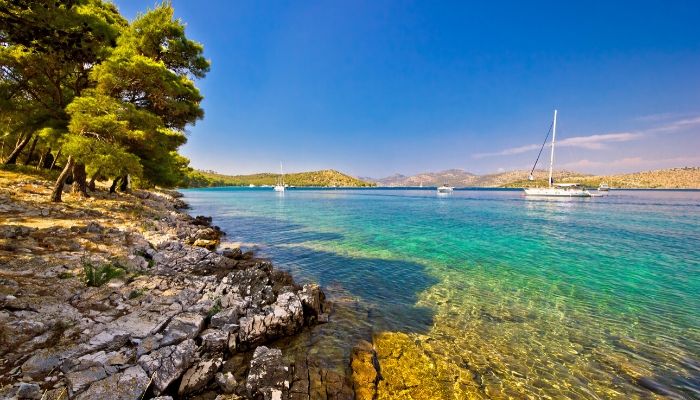 The Kornati archipelago is made up of 140 enchanting islands, islets and reefs with little sign of civilization in most. Sailing here, winding through the isles with picturesque grottoes and dramatic cliffs that tower as high as 262 feet above the sea, can only be done by private yacht or charter in a smaller vessel, or via one of the Croatia small ship cruises. Here you can enjoy leaping into the brilliant turquoise Adriatic to swim or snorkel, taking breaks to soak up the sun on one of the beautiful beaches while gazing at the blissful blue of endless sea and sky – look up and you might even see one of the rare peregrine falcons soaring overhead.

Discover the best of Croatia’s islands by booking one of our Croatia Cruises or call our travel experts on +18448797838 and let us help you plan your ultimate holiday.

Read more on on our blog