7 nightsPrice From: $2,250
Call NowRequest a Quote
Travel in luxury on an exclusive and handcrafted ‘Game of Thrones’ tour, visiting the real-life filming locations for this magical world. Learn about the history of each of these magnificent settings with your private tour guide.
Best For: families, friends and couples who are Game of Thrones enthusiasts 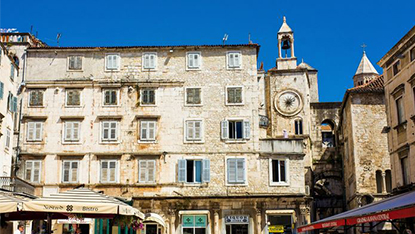 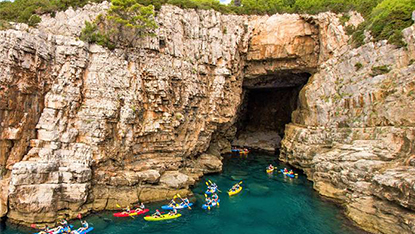 Visit real life locations featured in the HBO TV series Game of Thrones on an 8-day private tour through Croatia’s ancient past. Walk along the cobbled streets of Dubrovnik where Kings Landing and the City of Qarth scenes were filmed and explore Split’s ancient fortresses that form the city of Meereen in the series.

Take a peek inside the tunnels were Khaleesi kept her dragons, and high-drama took place between the unsullied and the Sons of Harpy. 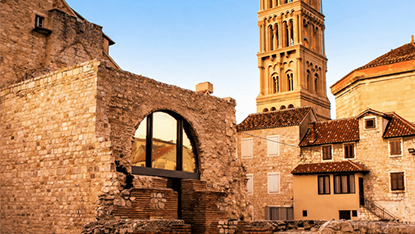 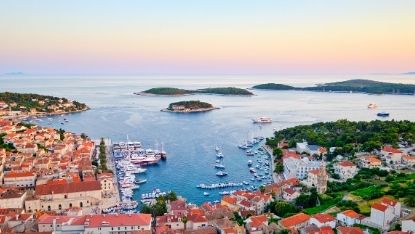 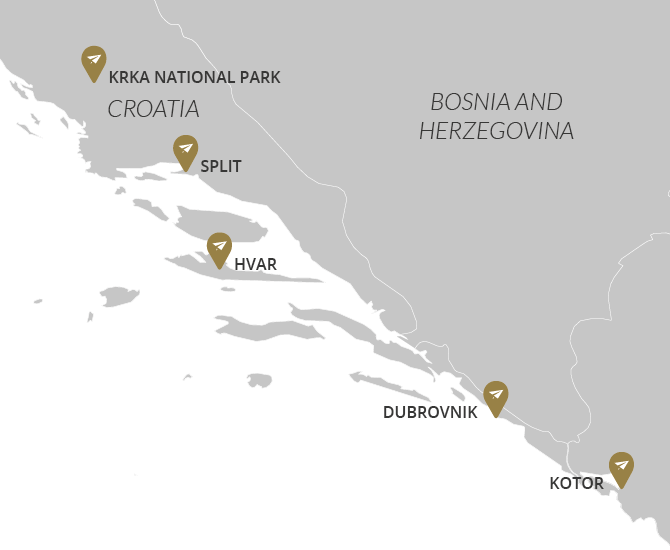 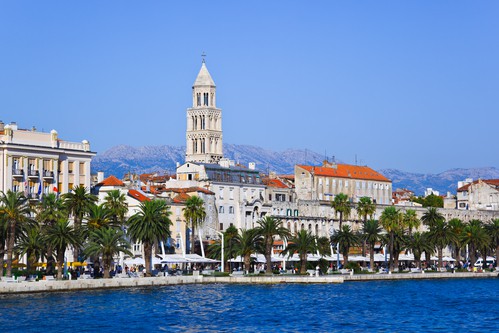 Get to know the majestic city of Split, with its magnificent architecture and tangible history and culture, on your first day in Croatia. Explore the historic city in your own time. Admire the well-preserved remnants of the past and learn about the history that dates to the 4th century BC. Split features some of the most ancient buildings and monuments in the country, including the oldest Croatian museum and the Cathedral of Saint Domnius, one of the oldest Catholic cathedrals still in existence in the world. In the evening, the nightlife transforms the city into a vibrant cosmopolitan neighbourhood. 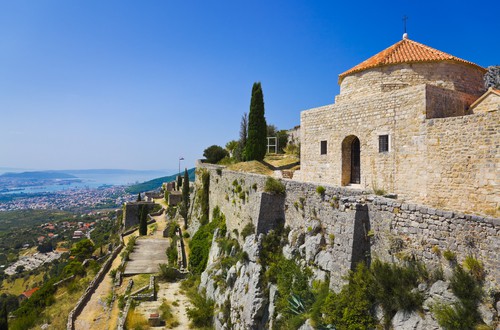 Begin your journey into otherworldly realms featured in the Game of Thrones. Re-appreciate the fantasy drama and intrigue from some of the most iconic moments in the show. Visit the Fortress of Klis, located in the mountainous terrain that surrounds Split. The imposing ancient structure is spectacularly placed on an old rock formation and marks the spot of many bloody battles. It also served as Daenerys’ stronghold. Continue on to Zrnovnica, where the mesmerising scene of Missandrei bathing was filmed. Our final stop is the Roman Diocletian’s Palace, which featured as the setting for many climactic moments in the series. 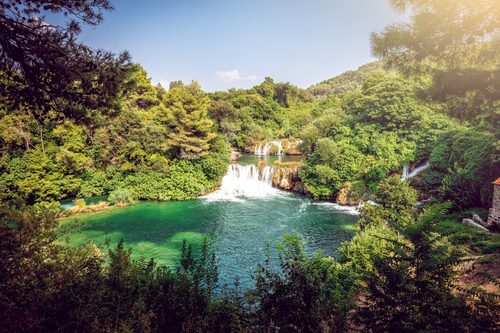 We leave the city and head to the tranquil sights of Croatia’s breathtaking Krka National Park. Known for its magical cascades, the natural beauty spot is teaming with an impressive array of indigenous flora and fauna. Admire the famous waterfall, Skradinski Buk, which tumbles gracefully into a crystal-clear pool, and visit the tiny island of Visovac and its 14th century monastery. Lunch is served at a nearby Croatian farmhouse. Explore the Dubrava Forest and the art of falconry. The ancient tradition is one of great importance in Croatia and has been recognised as a UNESCO Intangible Cultural Heritage activity. 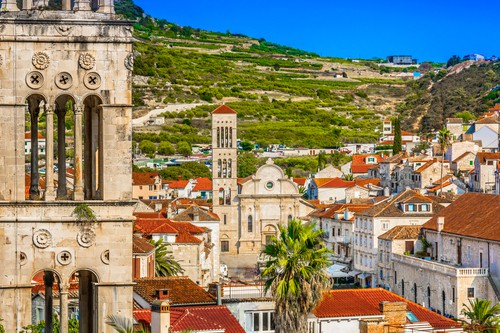 Today we explore island life, with a visit to Hvar Island and the enchanting Blue Cave by speedboat from Split. Your first stop is the mesmerizing Blue Cave in Bisevo near Vis Island. On arrival you will enjoy a journey on a small boat tour through glowing blue caves – it’s a really special experience. After the Blue Cave we stop for a swim in one of the nearby secluded bays before heading to Hvar. The island has experienced many changes during the Greek, Napoleonic and Venetian Empires. Discover Hvar’s unique history through its incredible architecture and art scene. Explore the largest square in Dalmatia, which offers unbeatable views of the 15th and 16th century St. Stephen’s Cathedral. 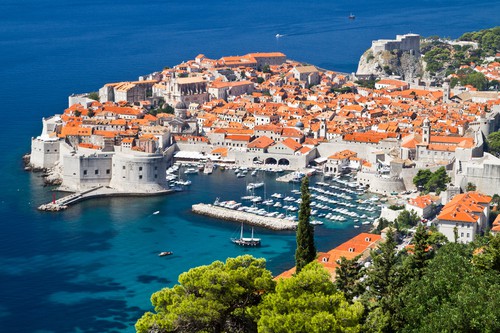 Explore the dramatic Dalmatian coastline to the city of Dubrovnik. Along the way, spot the quaint villages and towns that are dotted all over the countryside. Follow the coast to the Peljesac Peninsula and enjoy a gourmet lunch accompanied by fine local wines. Sample the fresh oysters that are considered to be the finest in the world and learn about the winemaking tradition in the region. On arrival in Dubrovnik, enjoy free time to do as you please. Visit the bustling old port, the magnificent Pile Gate, or relax with a drink in one of the Old Town’s historic tavernas. 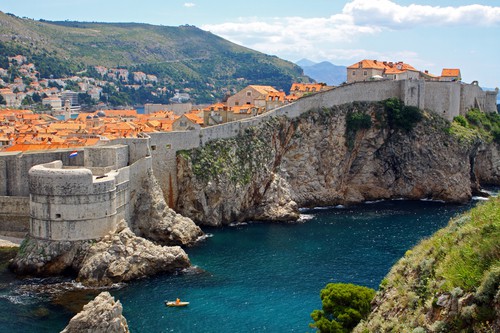 Journey to the heart of the Game of Thrones mythical world and visit Kings Landing. Wander through the ancient streets of Dubrovnik and explore the setting of Westeros’ city, which featured in many famous scenes. Trace the imposing city walls, the setting of Battle of the Blackwater, and enter Fort Lovrijenac, where the name day celebration for Prince Joffrey was set. The neighbouring picturesque Lokrum Island may be small, but some of the biggest moments in the TV show were filmed here. Finish at the Trsteno Arboretum, the setting for the court of intrigues of Margaery Tyrell and Lady Olenna. 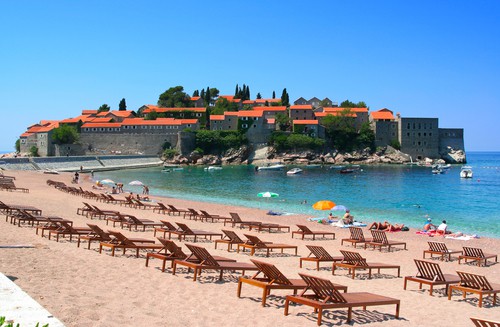 Enjoy a relaxing day of leisure or venture out to further explore Dubrovnik’s magnificent Old Town.

Alternatively, join our optional guided private tour to the stunning Bay of Kotor in Montenegro. The inhabited bay is a scenic beauty spot that is encircled by dramatic cliffs and studded with lush fjords. Explore the charming Old Town of Kotor and hop aboard a boat to skim the waters en route to Our Lady of the Rocks, one of two tiny islets situated off the coast of Perast town. The tiny island is artificial and constructed from sunken ships loaded with natural rocks. 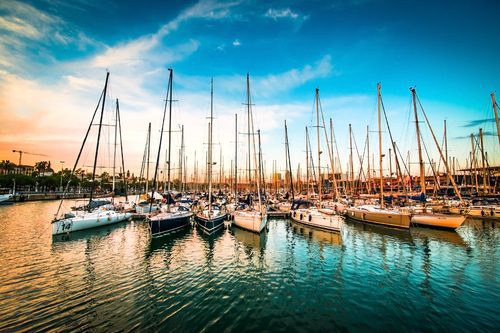 Having immersed yourself in the fabulous fantasy world of Game of Thrones, and the magnificent historic settings of Croatia, it’s now time to return home via private transfer to Dubrovnik airport. Take away the memories of Split’s magical architecture, Dubrovnik’s charming cobbled old streets, the quaint tavernas, and the amazing food and drink of Peljesac as souvenirs of your experience. The mysterious ancient world of the Lannisters and Baratheons is indeed a special place.