7 nightsPrice From: $2,395
Call NowRequest a Quote
Throughout history the Dalmatian region has been influenced by the Greeks, Romans, Venetians and the French Empire. Explore Dalmatian’s rich historical and cultural heritage and learn about the history of Split, Hvar, Trogir, Korcula, Dubrovnik and more.
Best For: couples and groups of friends with interest in the culture of the region.

The Dalmatian region is especially popular among history buffs, but it’s become increasingly popular among foodies and more. It boasts a fascinating history influenced by the Romans, Venetians, Greeks and the French Empire.

Guided tours through Split to visit the Fortress of Klis, Roman temples, baths and amphitheater, as well as medieval Dubrovnik and its ancient city walls are on the agenda too. A day trip to the stunning UNESCO-protected city of Kotor in Montenegro caps it all off. 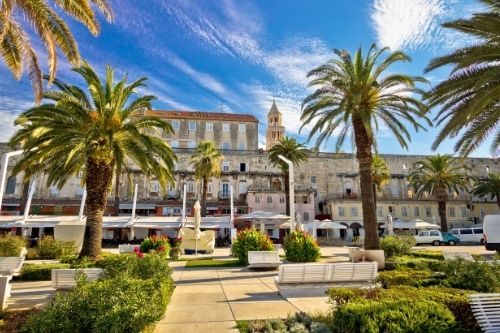 Begin your heritage tour in Croatia’s second biggest city and the capital of the Dalmatia region. Upon arrival in Split, join our guided excursion to the Old Town and the 4th century UNESCO-listed Diocletian’s Palace and its underground cellars. Admire the four historic gates of the Palace (Golden Gate, Silver Gate, Iron Gate and Brass Gate) and walk down the ancient Roman streets. Visit the Peristyle royal court and enjoy breathtaking 360-degree panoramic vistas from the lofty bell tower of St Domnius Cathedral. A stroll along the picturesque Riva promenade is the ideal way to round off a perfect day.

Today, venture outside of Split to the Fortress of Klis or to the ruins of the ancient Roman city of Salona. The medieval stronghold is situated in the village of Klis and was originally built to fend off invasion from the Mongols and Ottoman Empire. It offers spectacular views of the surrounding rugged mountains, the city of Split and neighbouring islands. Fans of the hit TV show Game of Thrones may recognise the fortress as the filming location of the city-state Meereen. Stroll around the complex that comprises a Christian graveyard, Roman temples, baths, private houses and an amphitheater. 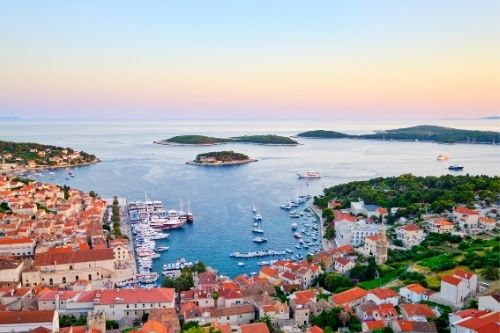 The sunshine island of Hvar is often called the St Tropez of the Adriatic, due to its brilliant crystalline turquoise waters and the super yachts moored in the marina. Our private guided tour explores Hvar’s charming Old Town, one of the oldest towns on the islands of Croatia. Wander through St Stephen’s Square, the largest sea- facing square on the coast, admire the ancient 16th century public theater, and learn about Hvar’s interesting history. For the best views in town, head to the Fortica fortress where you can gaze upon the beautiful Hvar Bay and the neighbouring Pakleni islands archipelago. 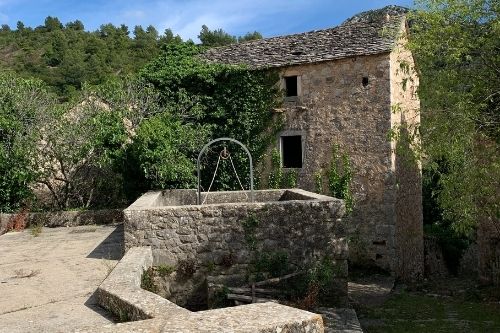 The discovery of the abandoned and forgotten villages of Hvar awaits you on today’s private guided tour. The exploration begins in the villages of Malo and Velo Grablje that were abandoned by its residents several decades ago, in favour of the seaside living in the village of Milna. Stop for refreshments at a remote farm restaurant offering stunning views of the shimmering sea, before continuing to St Nicholas’s Peak. There’s time to visit the UNESCO-listed Stari Grad, and Stari Grad Plain, before lunch in the deserted eco-village of Humac and a swim on Soline beach in the town of Vrboska. 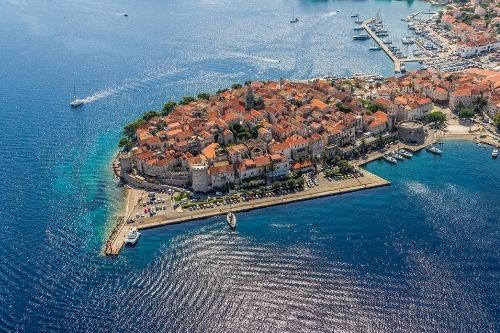 Wave goodbye to the island of Hvar and say hello to beautiful Korčula. The picturesque island is situated on the southern coast and is Erumoured to be the birthplace of the world explorer Marco Polo. The fortified town on the second most populous Adriatic island was once ruled by the Venetians and boasts an ingenious street layout in the shape of a fishbone. Its unique design ensures optimal weather conditions all year around. Walk around the narrow streets of the walled medieval town and the outer walls that serve as a promenade. Enjoy magnificent views of the Pelješac Peninsula’s vineyards. 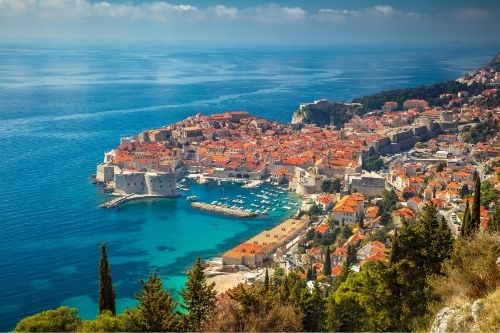 Otherwise known as the ‘Pearl of Adriatic’, the UNESCO-listed city of Dubrovnik is the final destination on your heritage tour. The majestic city is one of the most beautiful cities in the world and flaunts an impressive array of medieval architecture, marbled streets, churches and palaces, along with imposing defensive walls. Join our private guided walking tour of the Old Town and explore the iconic city gates of Pile, Ploce and Buza, and take a stroll along the Stradun, the widest and longest pedestrianised street. Discover the stunning Sponza and Rector’s Palaces and explore the fortresses of Lovrijenac and Revelin. 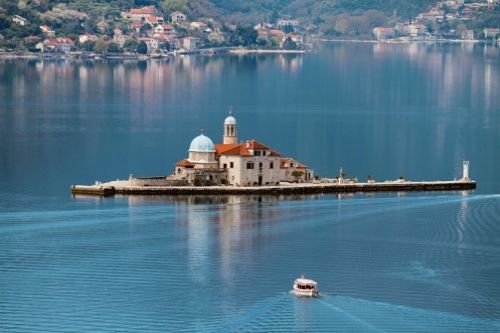 Enjoy an adventure in Croatia’s up-and-coming neighbor Montenegro. Explore the UNESCO World Heritage Site of the city of Kotor that was built between the 12th and 14th centuries by the Romans and early Christians. Admire its protective medieval city walls that extend over 4 km to the fortress of St Ivan. Take a boat from the medieval town of Perast to one of the two tiny islets that are situated in the beautiful Kotor Bay, to visit the Church of Our Lady of the Rocks. Return to Dubrovnik in the afternoon and celebrate your final day with a free evening. 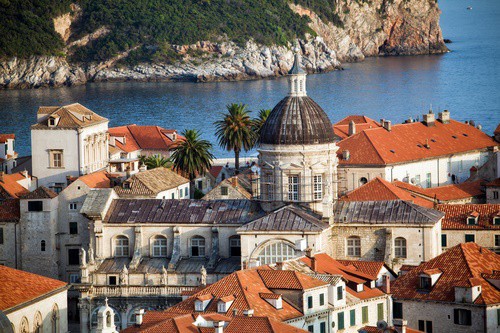 After breakfast, it’s time to check out and take your private transfer to Dubrovnik airport after a memorable tour.

Price is based on 2 people sharing. 50% supplement for single use.