USD $
Book With ConfidenceDesign Your Trip

Antonija is from Zagreb, the capital city of Croatia where she is an experienced tour guide. Tour-guiding in Croatia is only viable in during the summer months when tourists from around the world visit. Never one to rest on her laurels, we gave her a call for a chat about what she does during the winter months. 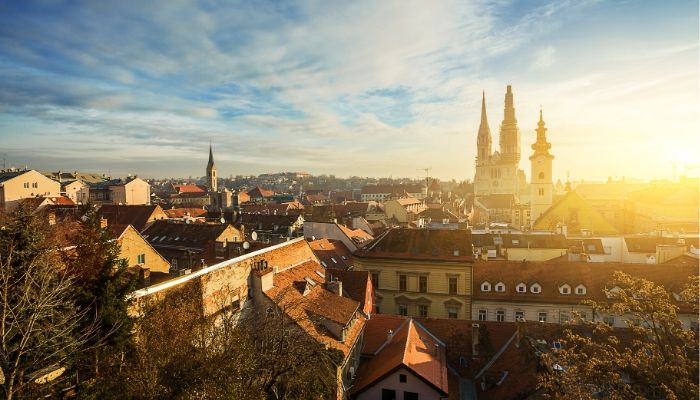 Are you looking to book a Private Tour in Croatia? Take a look at our dedicated page here >>

HK: Hi Antonija. Lovely to talk to you.

AB: Hey Heather, nice to talk to you too!

HK: How long have you been working as a guide for?

AB: This will be my 15th season. Actually this should have been my 15th season, but no! Thanks to COVID, we will stay at 14 for a while.

HK: During the summer months you work in Croatia, what do you do in Winter?

AB: I work in Iceland as a guide.

HK: Wow, quite a contrast. How long have you been working as a guide in Iceland for?

HK: What is your favourite part of Iceland and why?

AB: I love the whole of Iceland. Usually I go to Reykjavik, the Golden Circle and the southern coast. One of my favourite things I’ve learnt about Iceland centers around a town in the south called Vik which my tours visit often. Above the town is a volcano called Katla which has an eruption schedule of every 50 to 60 years. Well, the last time Katla erupted was 1918 which means she’s overdue by about 40 years. Because of this, I always have to prepare my guests to be ready for an evacuation in the middle of the night. From the moment Katla erupts, we have 20 to 30 minutes to gather at the safe spot which is a church in the town of Vik.

What I love is that absolutely everybody in Iceland is trained for swift evacuation from childhood, which means no-one ever dies as a result of eruptions or earthquakes. 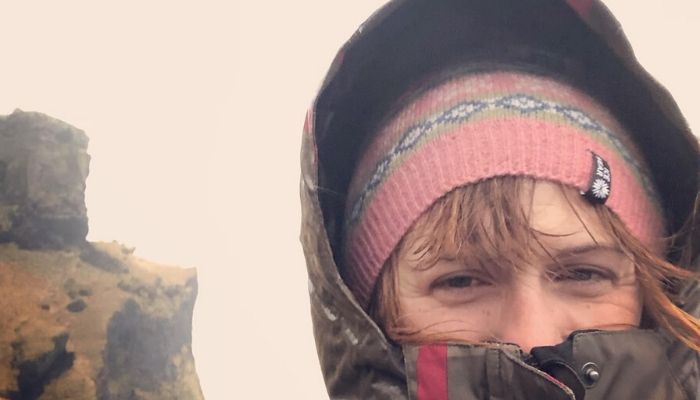 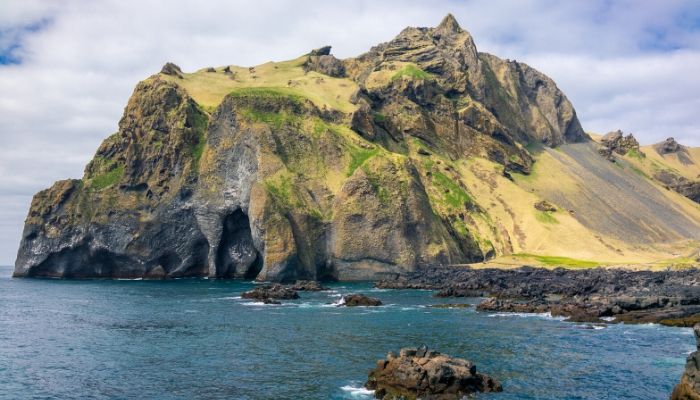 HK: What a testament it is to the Icelandic education that no-one dies because of their training.

AB: Yes, nobody dies. There was a big eruption on Westman Islands back in the 70s. No-one even knew about the volcano. It erupted at 1.20am and 5,000 Westman Island residents were evacuated in a matter of minutes.

HK: Wow. What a victory.

AB: Quite luckily, they had a couple of storms in the winter so all the fishermen’s boats were in the harbour so they were able to make a quick getaway in a matter of literally minutes.

HK: How long do you suggest first timers visit Iceland for and where should they go?

Definitely Reykjavik. People think Reykjavik is just another town. It’s not. It’s an amazing town. Firstly, you have amazing cuisine. When you think of Iceland, people think you just have lamb because that is what the first settlers brought. But you have lamb which is prepared in so many ways that you cannot get bored of eating lamb. Plus of course you have fish, like salmon and cod. The only war that Iceland ever participated in was The Cod War, not Cold but Cod, against Great Britain, and the Icelandics won. So this means that Iceland has a 100% success rate in going to war!

Reykjavik also has wonderful museums, from the Aurora Museum which teaches you about the Northern Lights, to the Settlers Museum which is about the history of Iceland. Reykjavik is amazing.

Then you have the Golden Circle, where you see the younger brother of the original geyser which is quite fun. The word geyser is from the Icelandic language and has now become the word for that phenomenon the world over.

There’s also the southern coast where you have the black sand beach, the amazing glacial lagoons and waterfalls – absolutely everything.

So I cannot really pick one! I think if you’re planning on going to Iceland you need five or six days of touring to get a feeling for the whole place. Ideally two days in Reykjavik before going down to the south coast and the Golden Circle.

HK: You are known for doing some quirky tours, tell us about lighthouses?

AB: Hahaha! I love lighthouses! Actually Iceland has some great lighthouses. There is one amazing lighthouse which I haven’t seen yet because the only way you can get to it is by helicopter. It’s on the top of a cliff in the middle of the ocean.

HK: Sounds dramatic. Why the interest in lighthouses?

I started doing lighthouse tours for the United States Lighthouse Society. It’s something that started by accident; one of the companies I worked with in Croatia asked me if I could do a lighthouse tour in the Baltics. Even though they knew I’d never been to the Baltics and didn’t know much about it, they insisted that I go and lead the tour because I have a Master’s degree in Russian language and literature. Believe it or not, nearly all the lighthouse keepers in the Baltics are Russian.

At first I thought ‘Pfft! Lighthouses – they’re all the same!’. They are not. Each lighthouse has a story. There’s a reason why they are symbols of life and home. We wouldn’t have anything we have today if we didn’t have lighthouses.

I became such good friends with my lighthouse enthusiasts that for two years I tried to convince them to come to Croatia. I finally managed to convince them and I organized a tour for them. To do this I had to convince the Croatian government to give us a license. It took me some time, but in 2019 we had the first ever successful Croatian Lighthouse Tour. Ours was unique as we managed to get approval to look inside the buildings.

I’m trying to convince my lighthouse group to do their next tour in Iceland. I rented a car last year after I’d finished tour guiding in August and I drove to some of the Icelandic lighthouses and I sent the group picture after picture ‘Look at this! Look at this! We HAVE to do the next tour here in Iceland!’. Hopefully I have convinced them.

HK: My mum also loves lighthouses but always said that it must be very difficult to get a fitted kitchen in a round building.

AB: Oh, they have great kitchens! Actually one of the reasons that it’s difficult to have a look inside the lighthouses in Croatia is that they are rented out by the government, so guests stay for one or two weeks and the government earns money from them. It was difficult to get the permit because you can’t have tour groups entering a lighthouse when there are holidaymakers staying there. But because we were the only group, and I am persuasive, we were allowed. One of the reasons they make great holiday rentals is because they have well-equipped kitchens. The very isolated ones have especially good kitchens for baking, cooking and storage because they were built to be extremely self-sufficient. This is because, by nature, the buildings are cut off from the land making supply of food very challenging.

HK: How interesting. Thanks so much for your time Antonija.