Home » Insider Guides » 8 Things to do in Dubrovnik

8 Things to do in Dubrovnik

Dubrovnik is located in the south of Croatia and is known as the ‘Pearl of the Adriatic’. It is a stunning city with a well preserved cultural and historical heritage, earning a spot on the UNESCO World Heritage list in 1979. Dubrovnik has become a popular destination for tourists because it has so much to offer, from historical sites, delicious cuisine and fun activities for the family to enjoy. We have selected eight things that should be on the top of the list for anyone visiting Dubrovnik. Take a look at what we have chosen: 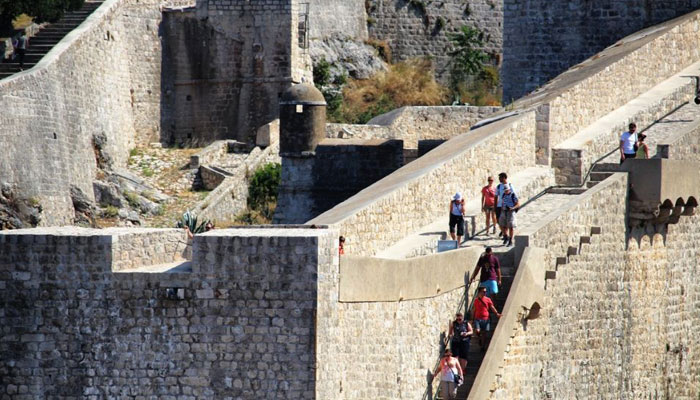 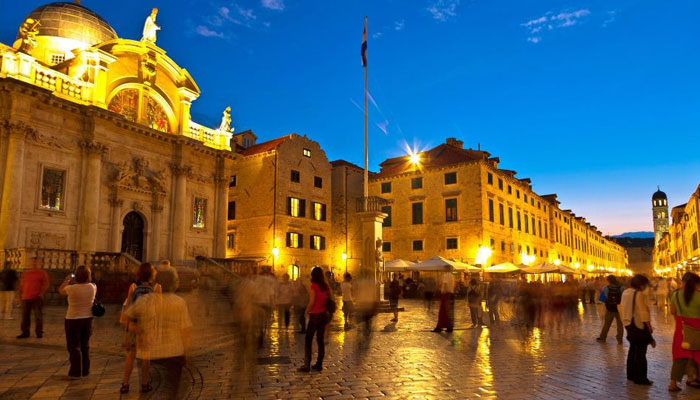 The Dubrovnik Old Town is surrounded by medieval walls and forts which were completed in the 15th and 16th century. The walls are two kilometres long and were built to help protect the city from foreign invaders and attacks. Walking these famous walls is a popular tourist attraction, with visitors from all over the world travelling to climb them. It will take you approximately two hours to walk all the way around the wall, giving you plenty of time to take photos. During your walk, you will get to enjoy the best views of the Adriatic Sea, look down at the rooftops of the Old Town buildings and spot the impressive Lovrijenac Fortress and Lokrum Island. The walls can get busy, so we would recommend visiting as early as possible if you hope to avoid the crowds. Make sure you pack plenty of sunscreen and water during the hot summer months as you won’t find any shady spots to hide in during your walk. If you are interested in finding out more about Dubrovnik and its famous City Walls, you can join a guided tour to learn more about its history.

Don’t worry we’ve got you covered, our 7 Night Deluxe Dubrovnik to Split Cruise includes tickets to the Dubrovnik City Walls. Check out our website to find out what other inclusions have been added to the cruise.

2) Take a Tour of the Old Town

Dubrovnik Old Town is located within the city walls and is a small area, so it is best to explore the town by foot. You can join a guided tour and learn all about the historical sites, impressive Gothic and Romanesque architecture and hear interesting stories about the city. The Old Town was one of the areas which suffered the most bombings during the Croatian War of Independence. The city maps dotted around the Old Town show you all the places where the bombs were dropped on Dubrovnik. The guided tour will give you an insight into how Dubrovnik was impacted and the recovery of the city. You will also get to visit some of the historical landmarks including, Pile Gate, Stadun (also known as Placa) which is the main street running right the way through the Old Town, Big Onofrio’s Fountain and the Dubrovnik City Bell Tower.

Take a look at our Dubrovnik to Opatija Signature Cruise here 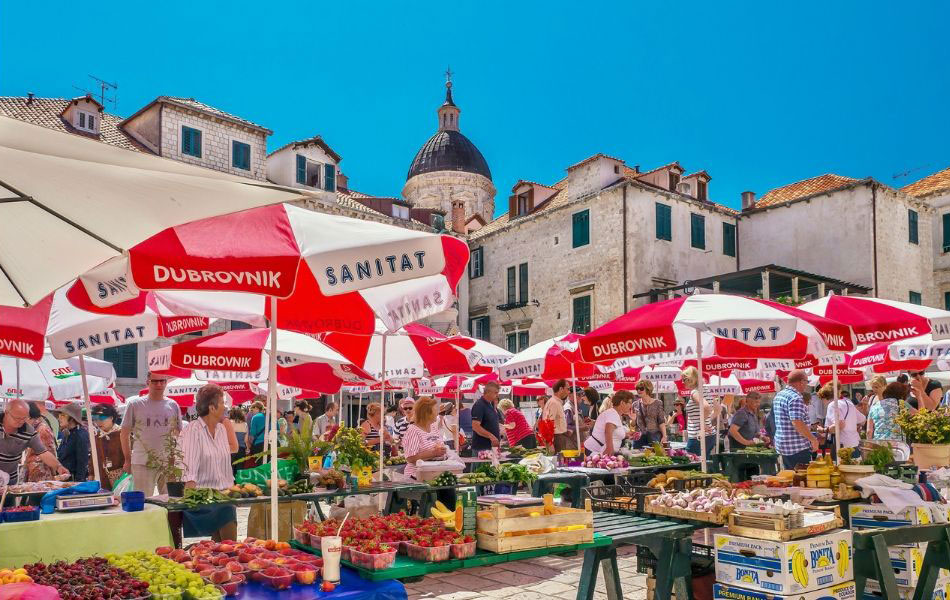 After a recent refurbishment, the Dubrovnik Cable Car has reopened and is back to taking visitors 405 metres up high to Mount Srd. The cable car is just a short ride, taking visitors to the top of the mountain in under 5 minutes. It was first opened in 1969 but was destroyed during the Croatian War of Independence. In 2010 it was restored and has continued to transport tourists to the top of the mountain where they can admire the stunning views. Make sure you bring your camera so you can snap away at the panoramic views of the Dubrovnik Old Town, the Adriatic Sea and Lokrum Island, which is 600 metres away from the city of Dubrovnik. If you are lucky enough to visit on a clear day, you can see up to 37 miles! At the top, visitors can also dine at the Panorama Restaurant and Bar as you overlook Dubrovnik or purchase gifts at the souvenir shop.

Check out our cruises to Dubrovnik here

4) Browse the Local Market in the Old Town

The Gunduliceva Poljana market in the Old Town is open every morning until 1pm and is a great way to spend your morning. The market has a variety of stalls selling fresh seasonal fruit and vegetables. You will also find lavender oils and bags, dried figs, embodied table linens and lots more authentic, locally produced products. I recommend trying the candied orange peel, it is a popular snack in Croatia and very tasty! 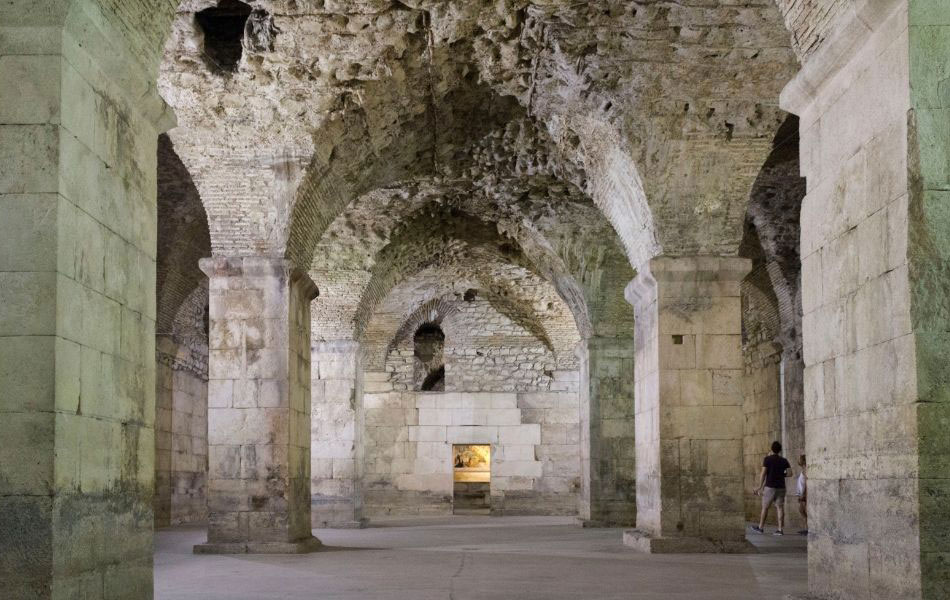 5) Rent a Kayak and Explore Dubrovnik by Sea

One of the most popular outdoor activities in Dubrovnik is sea kayaking. The kayaking tours are a group excursion, led by a qualified instructor. You will begin the tour at the small beach near Pile Gate, where you will then head off and paddle alongside the impressive City Walls and Fort Lovrjenac. You will also have the opportunity to visit Lokrum Island and explore hidden caves before stopping for a short break at a hidden-beach cave. Whilst there, you will have free time to swim or snorkel in the sea and eat the lunch provided, before heading back to the mainland. Sea kayaking is a great activity to enjoy with your friends and family and offers breathtaking views of Dubrovnik from a difference perspective.

6) Join a Game of Thrones Tour

If you are a Game of Thrones fan, then Dubrovnik should be high on your list of places to visit. Many memorable locations and iconic scenes from the hit HBO show were filmed in Dubrovnik, including the King’s Landing, the capital of the Seven Kingdoms. Step foot in Lovrijenac Fortress, which was used to film the Red Keep or visit the place where Cersei’s Walk of Shame scene took place. You will even get the chance to learn interesting facts about Dubrovnik City and funny anecdotes about the filming of Game of Thrones by your tour guide. 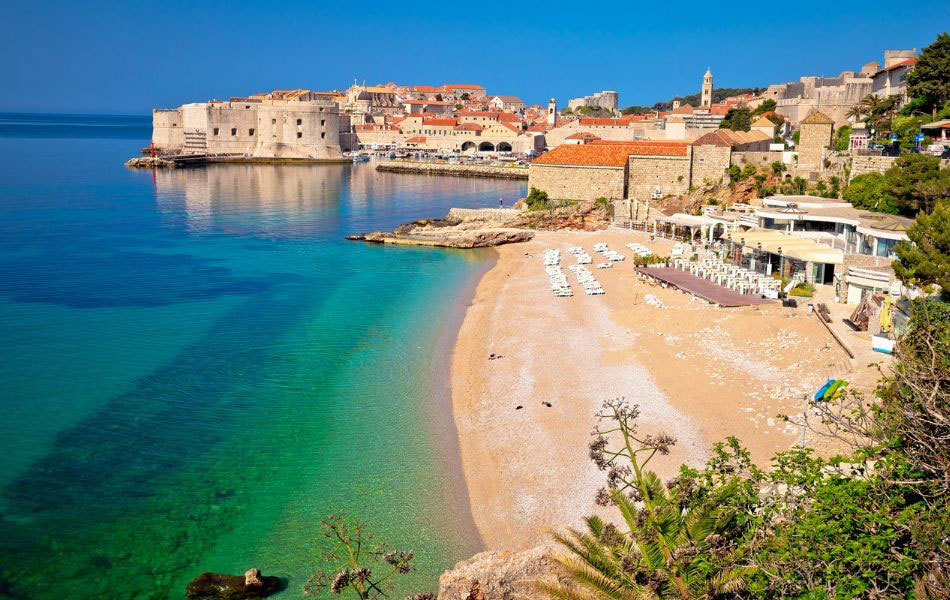 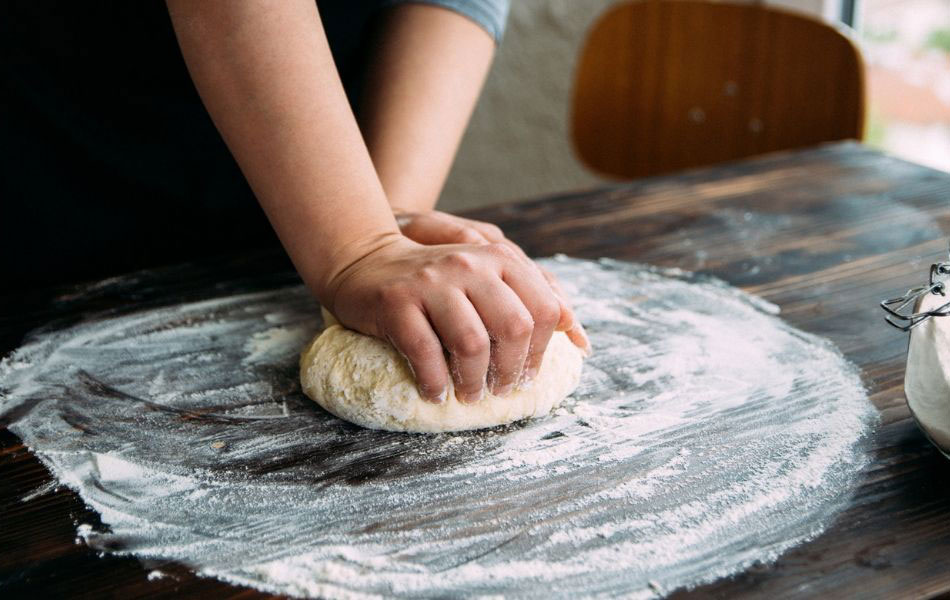 Banje Beach is the most well-known of Dubrovnik’s public beaches and is just a short walk from the Ploče Gate. The pebbly beach has fantastic views of the city harbor and the island of Lokrum. You will find a restaurant and café along the waterfront where you can dine or grab a drink to help cool down from the summer heat. Take a dip in the clear blue sea or take part in the water sport activities on offer, you can rent a jet ski, speed boat, kayak or go parasailing! You can also rent sunbeds and canopies for you to lounge on and soak up the sun. If you are in Dubrovnik, make sure you stop by Banje beach, even if it is just to see the beautiful view.

You can find out more about Dubrovnik and our cruises here